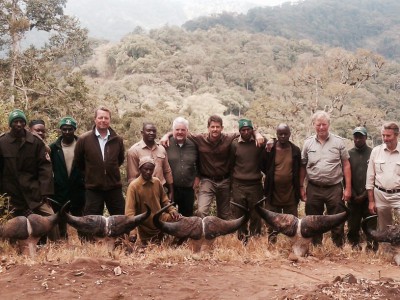 During the season 2015 we hunted Mountain Buffalo from beginning of August until the end of October. In this period 11 hunters visited Loosimingor and shot 17 buffalo. Not one left without succeeding at least on one buffalo. More than 50% of the hunters even shot a 2nd one! The season ended on our last October safari of 4 hunters succeeding on 5 buffalo during  only 7 hunting days – truly a reflection of the high density of buffalo in the area and a Grande Finale of our 2015 season.